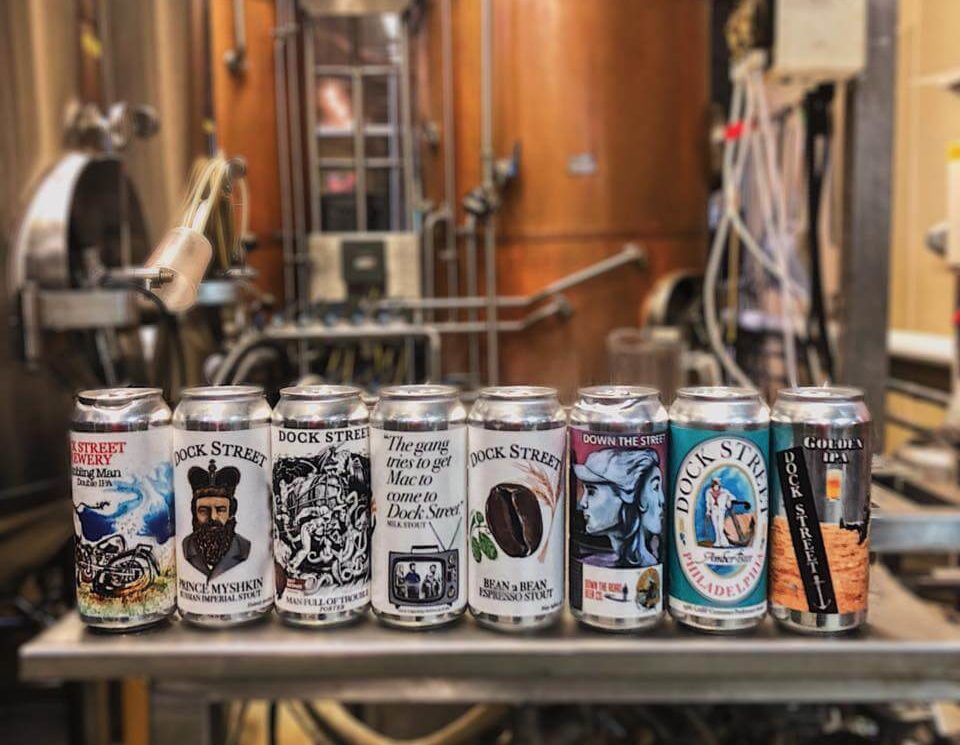 By Devon In Small Business Saturday with No comments

During this week’s episode of Small Business Saturday Philadelphia, we sat down with Sasha and Renata Centro-Ware from Dock Street Brewery. Located in West Philadelphia, Dock Street brews with the spirit of Philadelphia’s sudsy history to create delicious handcrafted beers every week.

Check out the other Philly breweries that we have featured, including Evil Genius and Love City Brewing Company!

Dock Street Brewery was founded in 1985 by Rosemarie Centro and Jeffrey Ware. The brewery is one of the first post-prohibition craft breweries in the country.

Today, Dock Street Brewery operates out of a 110-year old, converted firehouse. The Dock Street team has also started a new venture – a cannery and tasting lounge. The lounge is located right next door to the brewery. It serves as a space for fermenting, aging, and canning beer onsite round-the-clock.

Their most shocking concoction? The “Walker” – a tribute to AMC’s The Walking Dead. “Walker” is an American Pale Stout with notes of cranberry, wheat, barley, and goat brains (for smokiness, of course).

This beer received national acclaim. It even landing the brewery a personal call from The Walking Dead producers.

When they’re not creating crazy unique beers, Dock Street is doing its part to give back to the Philadelphia Community. One initiative that is close to their heart is their partnership with Philadelphia’s Mighty Writers. To support education, Dock Street periodically takes donations of books, pencils, and other school supplies to donate to the non-profit. When they are running this partnership, they also offer an option to text a donation as well.

Dock Street Brewery is not a stranger to star power. Fun fact – throughout the 80s and 90s, they were the official on-set beer of the American Drama thirtysomething. Dock Street was also featured in the classic film Philadelphia, being enjoyed on screen by Denzel Washington.

To stay up-to-date on the Small Business Saturday Project, make sure you are following us on Facebook and Instagram.

Know someone who would be a great fit for Small Business Saturday? Nominate them below:

This site uses Akismet to reduce spam. Learn how your comment data is processed.